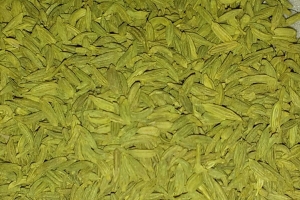 The plant is a perennial herbal plant that grows to a height maximum 2 feet. The seeds are curved shaped. Test like sweet and aromatic and feature a unique liquorice flavor. Anise with light greenish brown color and have fine stripes all over the outer surface. Anise oil used […]

Cumin (Cuminum cyminum) is a flowering plant in the family Apiaceae, native to a territory including Middle East and stretching east to India. Its seeds – each one contained within a fruit, which is dried – are used in the cuisines of many cultures in both whole and ground form. The […]

Caraway Seeds, also known as meridian fennel, and Persian cumin (Carum carvi) is a biennial plant in the family Apiaceae. The plant is similar in appearance to other members of the carrot family, this plant in finely divided feathery leaves, growing on 20–30 cm. Caraway seeds have […] 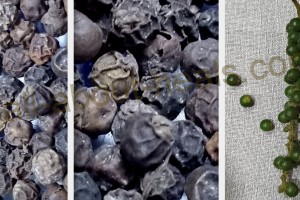 Just like red pepper, black pepper has a thermogenic effect when ingested. The spice stimulates your metabolism and thus temporarily increases body heat. A higher basal metabolic rate means higher energy expenditure or more calories burned. This is why black pepper is considered a good carminative. As well […]